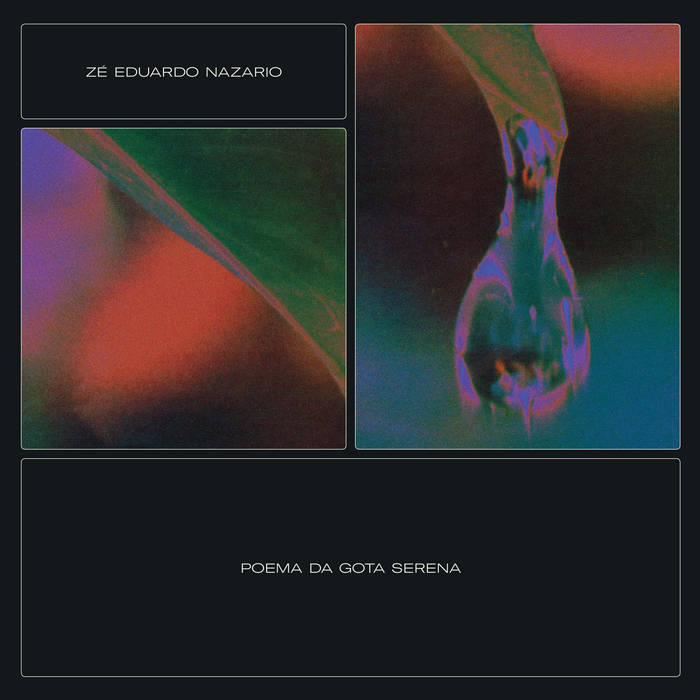 Zé Eduardo is a virtuoso drummer and percussionist with a prolific career as a musician and teacher. He was introduced to music in his youth and started playing professionally at the age of thirteen. In the late 60’s he was a regular at the famous Totem night club in São Paulo, where he performed alongside the pianist Tenório Jr. and other exceptional instrumentalists. It was there that he met Guilherme Franco, and together they formed the Grupo Experimental de Percussão. This period defined Nazário’s interest in different sonorities involving percussion, and he broke away from the more traditional genres, such as bossa nova and jazz. Over time, this distinctiveness in sound and playing allowed him to create his own path which culminated in an extensive number of remarkable ​works, including the colorful and psychedelic “M​andala”​, which examines Indian and hippie themes. He also played with Hermeto Pascoal’s group and joined him and Jaques Morelenbaum for the recording of the cult classic “​Imyra, Tayra, Ypy” by Taiguara. For Egberto Gismonti’s “​Nó Caipira”,​ Nazário performed with the khene, a mouth organ from Laos, a present from Gismonti himself.

But it is Nazário’s work with the 1976 collective Grupo Um which is his most well-known, who, during their 6-year legacy recorded, amongst movie and ballet soundtracks, 3 albums: “​Marcha Sobre a Cidade”, “Reflexões Sobre a Crise do Desejo” ​and “​Flor de Plástico Incinerada”. T​ he combo is considered one of the most innovative formations of its time, unusually combining electro-acoustic elements, jazz and Brazilian traditional music.

Poema da Gota Serena was Zé Eduardo’s first solo project and it was financed by the legendary Lira Instrumental, a collaboration between the ground-breaking venue, label and publisher for the São Paulo avant-garde, Lira Paulistana, along with the always interesting Continental Records, home to such luminaries as Tom Zé. The album was offered as a package deal simultaneously with the production of “​Flor de Plástico Incinerada​”, ensuring 2 studio sessions at JV studios in October 1982.

Each side of the album explores different duets which, with its suite formated tracks, give the album the feel of a cohesive whole. The first half of the A side, “​Energia dos Três Mundos”​, is shared with the improvised saxophone of Cacau. Nazário delves into free jazz rhythms and plays his drums with a rolling and tumbling swing, using the kit in full, demonstrating the power of Brazilian jazz fusion. The second half of the suite takes us into a more tranquil mode. “​Só Prá Ouvir”, demonstrates Zé’s mastery on the glockenspiel, and Indian percussion instruments, such as the tabla and mridangam. Cacau, on his side, switches his saxophone for more delicate dancing flute driven passages, equal parts northeastern rhythms and deep Amazonian indigenous influences. The B side with “​Prá Pensar / Prá Sentir e Prá Contar”​, contrasts heavily with the A side’s more organic and natural feel. In ​Prá Pensar Lelo Nazários’s synth clusters and electronic blasts strangely interact with the exploring, wandering percussion. This track leads into the sublime “​Prá Sentir e Prá Contar” where South Indian inspired vocals, performed by Zé Eduardo, accompany the graceful synth chords and fluttering percussion. The result is a hypnotic, otherworldly feel to the music that is infectious and takes the listener on an extraordinary journey.

With ​Poema da Gota Serena​, it is possible to hear music that extrapolates the lines of the avant-garde and popular music. It is an album the demonstrates that Brazilian jazz fusion can be both spiritual and challenging at the same time.
All the tracks were expertly remastered by Lelo Nazário, directly from the original tapes, and are now available on 500 exquisitely produced limited LP’s, as well as downloads from the label’s Bandcamp site, maintaining the high quality of production that Lugar Alto are becoming renowned for. All the artwork was reinterpreted by the São Paulo design studio Sometimes Always, and includes an exclusive insert and unpublished images.

It seems that Lugar Alto have managed to excavate yet another gem from the seemingly bottomless Brazilian mines. Long may they continue to do what they do so well.

Zé Eduardo is a virtuoso drummer and percussionist with a prolific career as a musician and teacher.

Bandcamp Daily  your guide to the world of Bandcamp